No Degree? No Problem.

When Michael Bashaw applied for a charter from the Arizona Charter School Board back in the late 1990s, no one asked for his credentials. Did he have any sort of training or education that would prepare him to direct an K-8 school with hundreds of children enrolled? Nobody cared. And why would they ask such questions when the Vice-President of the State Charter School Board herself was a young woman whose only job after receiving her BA in political science from Arizona State University was as a "researcher" at the Phoenix-based Goldwater Institute ("Where Freedom Wins"). 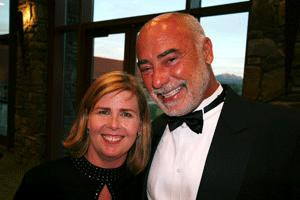 When Anne Ryman published her shocking expose of corruption in the Arizona charter school system last week, Basahw's story was not even gory enough to make it into the newspapers. But gory indeed it is.

Bashaw, it has now been learned, has no academic degrees. Check that. He has three degrees: a BA, an MA and a PhD, all awarded by St. Regis University. But Director-Dr.-Professor Bashaw acquired his degrees starting in about 2002. He acquired them the old fashion way: he bought them. Suffice it to say that the owners (Dixie E. and Stephen K. Randock) of St. Regis University of Spokane, Washington, now sit in federal prison. St. Regis U. was shut down by the feds in 2005.

When confronted by a local TV station, Bashaw explained that he only bought the degrees in connection with a bet with a friend, which he lost. [One wonders, what were the terms? "I'll bet I can defraud the idiots who run the AZ charter school system"?] The stakes of the bet must have been substantial because Bashaw spent thousands of dollars to be addressed as Dr. Bashaw.

One man's malfeasance—I doubt that any felony was committed—is not as important as what we are learning more and more every day. The Arizona charter school system is an unregulated joke that costs the tax-payers of the state hundreds of millions of dollars. And it has always been so.

Back in the late 1990s, when Michael Bashaw was ramping up Fountain Hills Charter School, another charter school was almost making the news. Citizen 2000 Charter School was an immediate success, judged by enrollments. It appealed to the loyalty of the small African American community in Phoenix and by its second year of operation its enrollment had grown to more than 1,000 students. But it never made it through that second year. One morning in November, parents arrived to drop off their children only to find a note on the door informing them that Citizen 2000 was no longer in operation ("Don't bring your children tomorrow; no teachers will be here.") Its director, one Lawndia Venerable, had hit the road for Chicago. Left behind were her sister (the Assistant Director of the school), her mother (whose mortgage in the fashionable Biltmore subdivision was being paid out of school funds), her divorce lawyer (who probably failed to collect on a few billable hours), and thousands of disgruntled parents and "Citizens." Venerable also admitted to John Merrow that she used the school's money to buy jewelry and renovate her house. Apparently she was not feeling afraid of being prosecuted.

Shortly after Venerable's exodus, I was being deposed by an Assistant Attorney General for the state in connection with a FOIA request from the Arizona Republic to the AZ Department of Education. During a break, I asked the state's lawyer if they intended to pursue the Citizen 2000 case. "No," was his answer.