On a recent visit to Massachusetts, U.S. Secretary of Education Arne Duncan told a Boston Globe reporter that 40% of the state's high school graduates need remediation when they reach college. Now, Massachusetts is one of the highest scoring states in the U.S. and exceeds most nation's in international assessments. So we can infer that Duncan believes that the majority of high school grads in most U.S. states need remediation when they enter postsecondary education. Carol Burris did a bit of arithmetic and estimated that substantially fewer than 20% of the college students in Massachusetts take a remedial course in college. She rendered no judgment on whether these students actually needed a remedial course. 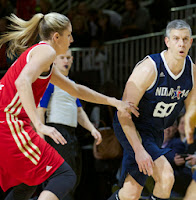 How could Duncan be so far off? Clearly, Duncan wishes to see a half-full glass as being three-quarters empty, or else there is no thirst for his remedies for a failing public school system. That he has never been a teacher at any level in the nation's education system might excuse his ludicrous misperception of what is actually happening out there in the schools.

These criticisms lodged against teachers at the lower level are largely baseless and self-serving. Consider the case of the University of Oregon back in the 1970s. A large percentage of incoming high school grads were being designated "in need of remedial math" based on their scores on a math entrance test. They were required to take Math 050 which would not count towards graduation. The Oregon Legislature got wind of what was happening and said, "We're not paying for professors at U of O to teach high school subjects." Presto changeo! Math 050 was immediately changed to Math 100 and the flow of money from the Legislature to the university proceeded unabated.

We all love to call each other "incompetent." Arne Duncan does a lot of such name calling. It just goes to show you that a lot of incompetence is going around.